The 2 Grand Karaoke Band started off as an accident. While performing our Great Pianos show we started handing our wireless microphone over to audience members who want to play Rock Star for a song or two. Now years later Karaoke bands are becoming popular so we decided to jump on the band wagon. The evolution for us was almost effortless. Since our pianists already know thousands of songs we decided to shift the focus to more of a karaoke format and creating the 2 Grand Karaoke Band. Straying away from sing along to featuring guests on stage singing their hearts out. Now you have the best of all worlds!! Dueling Pianos with a full backup band and audience members taking the stage and rocking the world!! Request your favorite song and show em what you’ve got! We got the props ~ Do you have the Chops? ( Yes we also carry a big prop box with funny hats, wig’s and other props to enhance your rock and roll fantasy.) The 2 Grand Karaoke Band ~ Helping America butcher songs since 1993!! 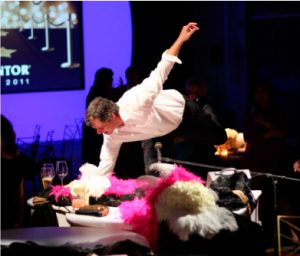 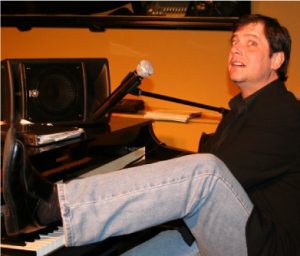 For booking information call or email our knowledgeable representatives.